"I was very concerned that I might leave Lebanon before having the opportunity of seeing my grandparents and reading al-Fatiha of the Holy Korkan by the tombs of my relatives," said Corporal Yasser, a French peacekeeper serving in UNIFIL's mission in south Lebanon.

Yasser is back in Lebanon and visiting the graveyard in the southern town of Naqoura, after his last visit south Lebanon in 2006. Born in Abidjan of a Lebanese Father and a French-Lebanese mother, Yasser is a typical example of the Lebanese diaspora. During his absence from his country of origin, several member of his family passed away and many things changed.

Visiting the graveyard in Naqoura with his grandparents, Yasser emotionally spoke about these moments, "I was so touched to see the tomb of my grandma; I left her when I was very little and I always asked my brother where is she."

During his six-month mission in UNIFIL, Corporal Yasser has been positioned at the French base 9-1 with the Force Commander Reserve located in the southern town of Deir Kifa.

The Mayor of Naqoura, Mahmoud Mahdi, noted that several soldiers in the French peacekeeping forces in south Lebanon have Lebanese roots and Yasser is one of them.

"No matter what nationality they carry, the Lebanese will always return back to their roots," commented Mahdi.

Corporal Yasser joined the French Army in 2009 and was lucky to come to Lebanon in September 2014 as a French peacekeeper supporting his homeland to achieve peace and stability. 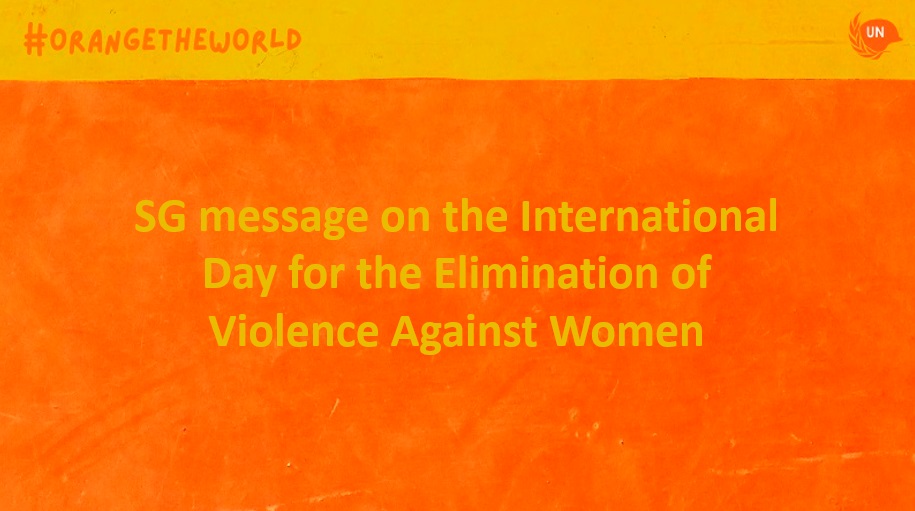 Violence against women and girls is a global human rights challenge.  The COVID-19 pandemic has further exposed this issue as a global emergency requiring urgent action at all levels, in all spaces and by all people.